Get fresh music recommendations delivered to your inbox every Friday.
We've updated our Terms of Use. You can review the changes here.

by The Higher Notes 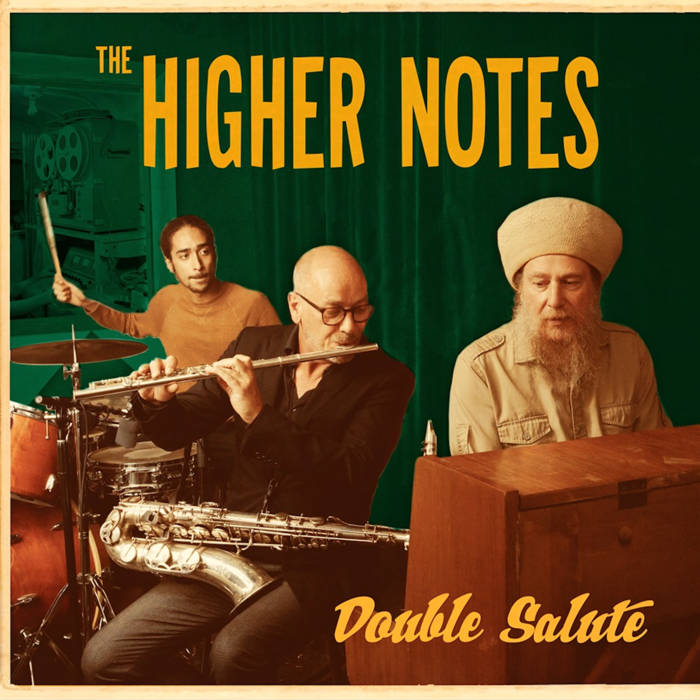 Nemetron you should be very proud of this Jan. Absolutely glorious from beginning to end. Thank you to everyone involved. Favorite track: Desert Dance.

jankooper I'm so very proud of this album !

That glorious sound of Ska and Rocksteady!

At an unique moment in time, with ever evolving recording possibilities and new musical ideas ,a great variety of people with different musical and ethnical backgrounds , all combined their forces ,to create this timeless music on a little island in the Caribbean .. Out of Many One People..

While just having gained their independence in 1962, "SKA" music was ( and still is ) Jamaicas first National Music..
A music genre which still has an impact on popular music today , close to 60 years later , being the root of every Jamaican music style that came after… You would have to be blind not to see the massive impact Jamaican music has had on music and production of music in general..

It definately had its effect on Earth Works , a recording studio in Amsterdam Holland ,where our story starts off. It was set up by Ben King, a disciple of JAH WORKS UK, to offer a nice large recording space with a great vintage sound and quality. He has greatly succeeded his plan while also creating a work force of musicians and singers , all working together to create original material.

But , one day.. through a leap of faith ,the next door neighbour walked into something that appeared to be a studio.. right next to his house?!.. Little did he know what would come of it all…
Jan Kooper(King Cooper) has been a force to be reckoned with for years, being an in demand arranger for music , theatre and movie productions , playing with bands/artists such as ;
Doe Maar , The Coopertest , Willeke Alberti , BLOF , Jan Smit , Anouk & Sister Sledge..

Our next key ingredient is also a real veteran of music in Holland , I'm talking about the original keys man called " Ras P "… who has been active in playing and recording music since the 1970's and is one of the true foundation musicians for reggae in Holland , playing with ; Bosrah ,Inity ,Revelation Time and Rude Rich & The High Notes.
.
Alright lets back on track about the album , this is a DOUBLE SALUTE…

FIRSTLY, this album is a "SALUTE" to the national treasures of Jamaica , which go by the names of "Ska" and "Rocksteady" , the grandparents of the music called “REGGAE” It is a salute to its originators , creators , musicians , studios and producers. As all of these had their own massive impact on the sounds which they created together in unity..
By having creative arrangers like Tommy Mccook , Roland Alphonso and Jackie Mittoo, working together with determined producers like Duke Reid , Coxsone Dodd , and Prince Buster , they came up with unique uplifting original arrangements which continue to inspire , even up until this very day..

and SECONDLY , its a salute to the beautifully warm and carefully orchestrated sound of the 50's , written by the likes of Duke Ellington and Billy Strayhorn , just to name two particular greats..
With their beautiful instrumentation and rich , sweet harmonies ,they could paint entire scenes with their arrangements .. There are two adaptations on this album from this era " Solitude" and "Smoke Rings" , all other songs on the album are own compositions..

This album is just one big labour of love for the music and sounds of back in the days, so we took great care picking the right instruments , amplifiers and microphones ,particularly using microphone placement to create an authentic sound.

We hope you enjoy “Double Salute”

Produced by Roots Unity for The Higher Notes

Recorded by Uta Maruanaya with the assistance of Ben King
at Earth Works Studio Amsterdam (www.earthworksamsterdam.com)

Mastered by Uta and Johnny at Johnny Dub Studio Tiel

Bandcamp Daily  your guide to the world of Bandcamp